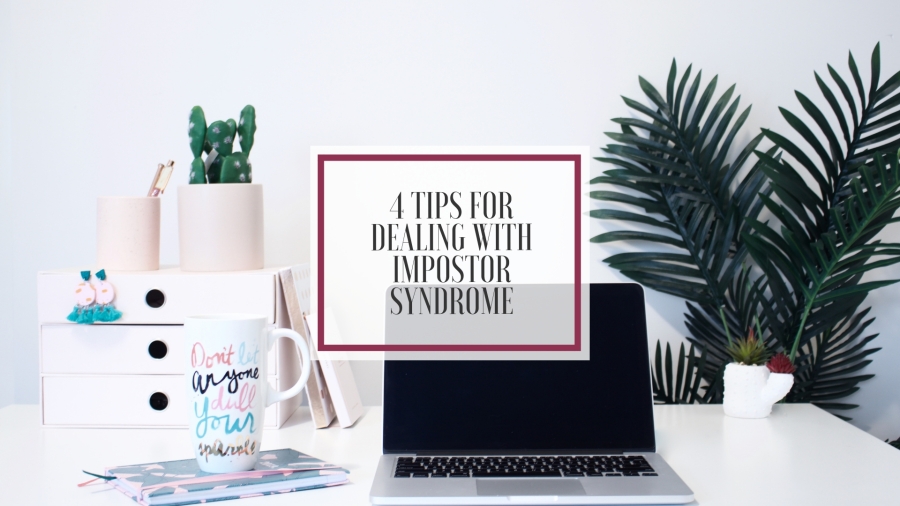 I was inspired to write this post after an interesting conversation I had with a friend about stress at work, where the topic of “Impostor Syndrome” came up.

Simply put, impostor syndrome is the belief that you’re not good enough: if you find yourself doubting your accomplishments, lacking confidence in yourself alongside an internalised fear of being exposed as a “fraud”, you are probably experiencing it. It’s really common and you can experience it any part of your life, including at work.

Here are some tips that have helped me deal with it:

1. Don’t doubt the knowledge you have

I’m a software engineer, but I’m one of the few on my team who doesn’t have a computer science background, so it can be quite daunting trying to speak this ‘tech speak’ that my colleagues are all so fluent in. It feels like I know what to do when I’m sat at my desk and working through it, but when it comes to talking to other people about it, I doubt myself a lot. Am I using the right words to describe what I’m doing? Have I misunderstood what an asynchronous function actually is? Should I just stop talking? What I’ve realised is that while I may not know everything (something that is impossible in the ever-growing tech industry), I do know what I’m doing when I do it, and I have the capability to learn more. After all, it’s what got me the job in the first place. So I keep reminding myself: if they trusted my knowledge enough to hire me, then I should start trusting it too.

2. Stop comparing yourself to others

When I got my first developer job, I joined a team of 12, almost all of whom had computer science degrees (as I’ve previously mentioned – clearly it’s still a soft spot for me…). In meetings these incredibly intelligent colleagues would talk at length about server set-up and network protocols, and a lot of what they said went over my head; I felt like I couldn’t join in and I really worried they’d ask me my opinion and expose me as completely incompetent. It’s taken me a while to realise that while we may have the same jobs, we all have different backgrounds, which means that while they know a lot more about systems administration and network architecture than I do, I’m confident that I probably have a better understanding of the Leibniz integral rule or Turing’s theory of morphogenesis (thanks, maths degree!). I think a lot of people are under the impression that in meetings you have to show that you understand everything, but really it’s about sharing knowledge and working towards something better, and that’s why it’s okay to say “I’m sorry, but I don’t have much experience with that” or “I think I need to do some research on that”. By comparing yourself to other people, you’re always going to notice the differences rather than celebrating the fact that you are where you are because of your background.

3. Realise that you are not alone

Living and working with impostor syndrome, you tend to suffer in silence. I remember a couple of months after starting my first developer job, I was so frustrated with myself that I muttered not-so-quietly to my colleague, “I am just so stupid.” He immediately turned around with a look of shock and said “No, you’re not!” and proceeded to tell me that he was really impressed with how quickly I’d picked up our new stack, and that he was surprised I believed myself to be stupid. When I elaborated on my feelings, he then reassured me that he felt exactly the same way when he first became a developer, and that surprised me because this guy is an absolute genius. After that, I realised I’m not the only one who struggles with this feeling of inadequacy, and that sometimes it helps to even just say it out loud and talk it through with people. Even if they aren’t going through the same experience as you, it doesn’t mean they can’t sympathise and help you unload your troubles.

4. Measure yourself by your efforts, not your perceived successes

Do you find that you pat yourself on the back when you’ve achieved a goal? If so, great, keep doing that! But what about when you work really hard on something but don’t get it quite the way you wanted? Maybe less so. Something that a lot of people tend to forget is that the notion of finishing a task is easy, as it’s pretty measurable: you’ve either completed it or you haven’t. But finishing that task is only possible if you’ve done the work leading up to it, except that’s not as measurable as the concept of completing a task, which is why hard work is often disregarded unless that task is finished. So why not celebrate when you do the hard work? It may sound a big-headed, but I’ve picked up the habit of congratulating myself at the end of the day if I think I’ve been really productive, regardless of whether I’ve finished something off or not. As an example, writing this post has been on my task list for three days, and even though I didn’t finish it until today I’ve been really pleased with myself for every day I’ve spent on it.

These are only a few tips, and there are many more floating about elsewhere online, but keeping these ones in mind has helped me gain confidence in my abilities at work and combat my impostor syndrome when it rears its head. I wanted to write about it as it’s something that can relate to coding and writing, and in fact, every other profession out there, and while it may be a mild feeling for some, it can be very debilitating for many others.

If you find that you experience these kind of feelings and the above tips don’t work for you, I recommend that you get in contact with a mental health professional who can help you deal with it. Remember, you’re not alone so you shouldn’t have to deal with it alone ♥

One thought on “4 Tips for Dealing with Impostor Syndrome”